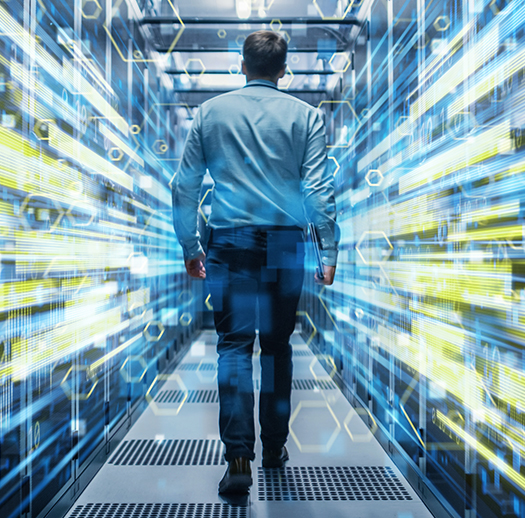 System Virtualization is a software-based, or virtual, representation of something, such as virtual applications, servers, storage, and networks. It is the most effective way to reduce IT expenses while boosting efficiency and agility for all size businesses.

Let Key Technology Solutions evaluate your current server environment and see how much you can benefit by consolidating and virtualizing. Some benefits that server virtualization brings to IT operations are cost control, better operation with automation, the ability to reduce risks with snapshots, storage management, and granular scaling.

It is hard to understand how system virtualization is effective for your business until you understand what can happen if you don’t have it. An example of a situation follows, where Key Technology Solutions was able to save a company who had lost all their data due to a natural disaster. The outcome would have been painless and worry-free, and less expensive had the right systems been in place from the start.

A large company with a 40,000 square foot manufacturing plant suffered a complete power outage.  A construction crew hit an electrical transformer on their semi-private drive rendering theirs, and about five other large industrial companies nearby without power.  DTE gave them an estimate to repair of 5 to 7 days!

Executives scrambled to contact DTE to repair the outage as quickly as possible and yet 5 to 7 days was all that was promised.  Ultimately, that was all that was ever delivered. It took 7 days to restore power.

The customer had a locked, secured, and dedicated Server Room on-premise wherein they had a large population of physical and virtual servers. These systems housed multiple TB’s of business-critical data, engineering drawings, custom business systems, as well as their Microsoft Exchange Email system. In short, this customer was dead in the water and could not electronically communicate with their customers and vendors.  The customer was currently using a Disk to Disk based backup system, all on-site, and was in the process of transitioning from an archaic tape-based backup system.
Meaning, they had NO RECENT OFFSITE BACKUPS to work with and were facing 7 days of no power.  AND- No IT Business Continuity or Disaster Recovery Plan in place.

A mid-level manager, in a desperate effort to restore power to the computer room, obtained a gas-powered generator from Home Depot. He redirected the computer room’s power with some makeshift electrical engineering. He attempted to turn the servers and their disk-based backup systems on with “brown” power from a gas generator. This failed miserably. This act, although well intended, resulted in an electrical surge that physically damaged all 15 of their servers and their on-site backup system. Days later, DTE restored power to the building.  Their phones, lights, and power wall worked. However, the server room was fried and virtually inoperable. Now left dead in the water, a 50 million dollar manufacturing company has just lost everything and is facing economic ruin.  It is important to note that this customer was an existing client of ours. You may be asking yourself as the reader, “Why didn’t they have offsite backups?&rdquo

Well, suffice to say they were presented with such a solution on multiple occasions in order to protect their data from a disaster like this.  Unfortunately, they had declined due to cost. An offsite backup solution that would have cost about $20 per day was not in place.  As a result, they were losing $25-35K per day in lost revenue and productivity, according to their CEO.

We at Key Technology developed a recovery action and strategy that included driving to Grand Rapids to source two Dell Servers that could accommodate their virtual server hosting needs.

These bare bone systems were then deployed in parallel and in direct proximity to the “fried” server in the computer room.  Now we had, at the very least, a foundation to work on.  More importantly, there was one saving grace as well: six months prior to this situation, KTS did a server consolidation project for them. We had cloned their numerous physical servers into Virtual Machines running on Microsoft Hyper-V.  Included in this project, we conducted a private backup of all servers and took it offsite back to our office in case we might have issues with the migration.  We didn’t, but the six-month-old backups saved the day!

Key Technology Solutions quickly restored the 6-month-old data versions of all 20 production servers to the newly acquired hardware from Grand Rapids.  Within just a few days, we had functioning servers with old data.  Our internal Virtualization and Disk Storage expert was able to save a large subset of their old disk storage that was damaged by the generator’s “brown” power.  After nearly six days of tireless effort between Key Technology Solutions and our client, we were able to get them back to 100% operational.

Our precautionary offsite backups from a previous server consolidation project and a huge team effort saved a very large, global manufacturing company from an enormous disaster.  This goes to show you how important taking the advice of a qualified IT provider like Key Technology Solutions can be.  Had we not successfully demonstrated to the client, six months prior, how important it was to do that server consolidation project, there would have been no backup at all to restore anything from.

Had the client subscribed to our Offsite Cloud backups service when offered, they would have been in an even better position instead of trying to save a few bucks. This same client worked with us to develop their first IT Contingency and Disaster Recovery Plan in the wake of this dodged bullet.  In the end, they are better off for it.

Key Technology Solutions can create a customized solution that will protect your vital data with a budget-friendly cost. Whether we utilize an online backup solution, off-site rotation of storage, or a combination of both, we will ensure your company is protected. We even manage the setup and the maintenance for you so that you can concentrate on your business.
While our office is in Wixom, we serve businesses throughout the entire Southeast MI region, including Oakland, Wayne, Washtenaw, Livingston, and Macomb counties. 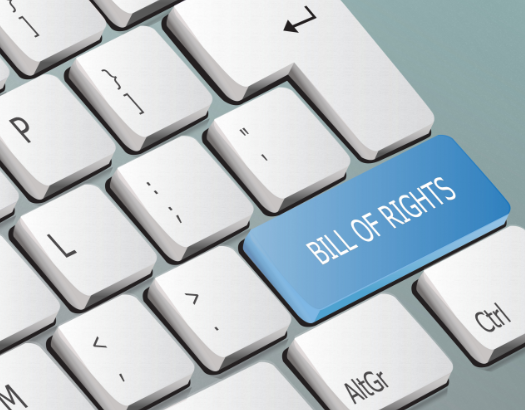 Does Your Managed IT Service Provider Have a Client’s Bill Of Rights?

We go beyond customer satisfaction to deliver an extraordinary experience and these 10 promises to each of our clients.

Read The Bill Of Rights

Contact the Managed IT Service Provider that Offers Free IT Support "No Sales Pitch... No Proposal... No Kidding!!!"

If you are a small to mid-size business owner with 10 pc users or more and located in the Metro Detroit area, please complete the form to schedule your FREE IT SUPPORT appointment. One of our highly trained professionals will assist you in identifying your computer or network problem(s).*

Don’t Wait, Call Now!
(800) 355-5KEY
FREE On Site Evaluation If you have an IT issue that's affecting your business, we're happy to assist.